4 months into my Angel Investing Journey 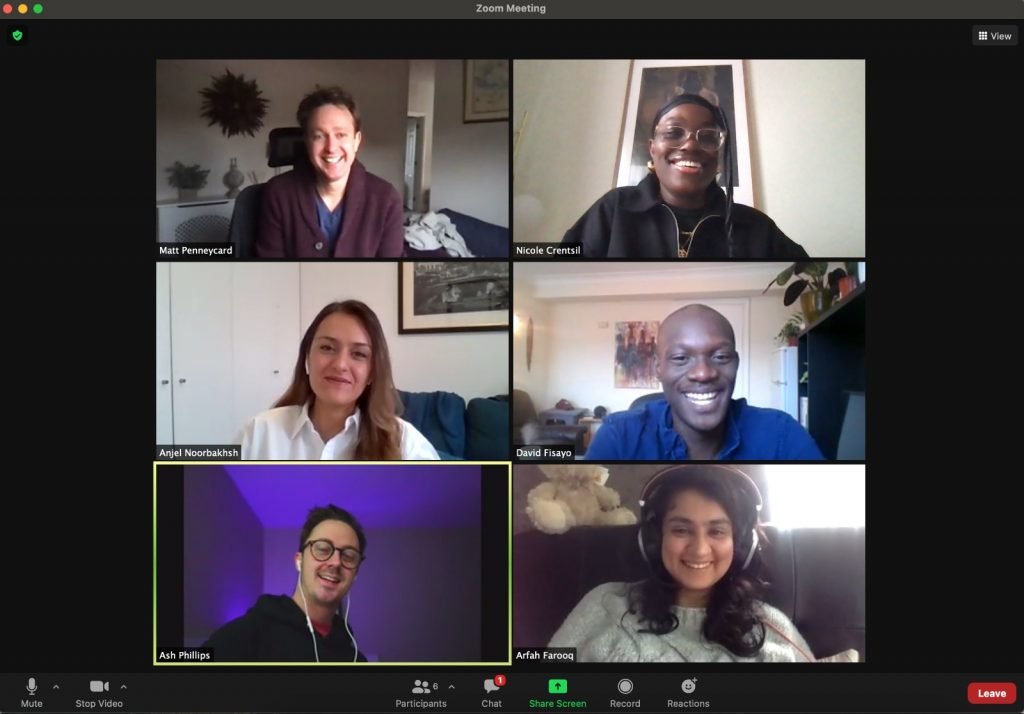 In October 2020, I was incredibly honoured to have been selected by Ada Ventures as a member of their first ‘Ada Angels’ cohort. The last 4 months have taught me a lot and in this blog, I reflect on things I’ve learned.

I was first introduced to the world of venture capital back in 2013 when I accidentally co-founded a start-up when I had just graduated from university. Back then it was my co-founder and CEO that dealt with the investors. I remember a moment when I was in the Wayra Unltd accelerator and Andy Davis, who was interning there at the time, sat me down and tried to explain cap tables on the back of a napkin. I think I got it then but as time went on, it all went out of my head and numbers just weren’t the bit that interested me. The startup didn’t work out and I’ve had quite the journey since then but going full circle to becoming an Angel Investor as part of the Ada Ventures programme has meant I’ve had to face my fears and really understand numbers now.

As part of the programme, we got enrolled in the Angel Investing School by Andy Ayim, which was a really great course and community that covered a lot and gave us useful tools and resources. However, it’s only when you actually go through the process that it starts to click. For example, I finally understand valuations and this useful calculator has become a tool I use often. Also, profit and loss sheets helps me to see the story about how a business plans to grow and what they want to spend their money on.

I was also gifted with books by the Ada Ventures Team, which again gave me different perspectives into investing.

Both these books were such great reads. Arlan’s book was inspiring from being homeless to set up a VC fund for underrepresented founders. It was a relatable read as someone who has been constantly underestimated. Jason was one of the early investors in Uber, and his book is a great guide on how to navigate different areas of investing from founder meetings to due diligence. Although some parts of Jason’s book felt unrelatable and narrow-focussed, “invest in silicon valley the only mindset”, it gave me more tools on how to approach things. Venture deals is another book gifted to me by Asif Ahmed, which is a great reference book that I’ve started to dip in and out of.

Being a Muslim investor

What’s been more eye-opening is navigating the Angel investing world as a Muslim investor.  Not investing in startups dealing with alcohol, gambling etc is an easy filter (I was once contacted by a founder asking me to invest in their wine business!) but where it gets a bit more tricky is certain considerations around debt and interest-based products. I found myself in 2 situations in this journey where I really had to look within, gain advice and guidance from Ibrahim from IFG.VC to figure out if I wanted to go forward or not.

In Islam, the rule of thumb is if a business has more than a ⅓ of debt from their overall assets then it’s forbidden to invest in that business (this applies to the stocks and shares market too). In ventures, it’s very rare as most businesses raise on equity but I was faced with a situation with a startup that was able to apply for a very low-interest rate innovation loan from the government to help them grow. What did this mean for me and what were the overall assets for a startup? As I sought guidance, the valuation price could be seen as the asset but then it’s a weird scenario to be in as an investor. You want a low valuation because your money goes further in this round but if it’s way too low it would actually make it haram (forbidden) for me to invest in it. I’m still interested in this startup but I’m currently waiting for them to get a lead investor until I can explore more.

The other scenario was a startup around women and financial inclusion, super aligned with things I care about but their future financial modelling had one potential product that was interest-based which again would take me into grey and uncomfortable territories. Although I really liked them and love their mission, it wasn’t something I could move forward with.

Every day I’m learning more about VC but also how to view it with an Islamic lens.

This ethical angel investing guide by IFG is a great way to learn more about the details a Muslim investor may need to look into.

Community has also played a massive part in my learning journey but also deal flow. Every week we have meetings with the other angels on the programs and Matt from Ada Ventures. We discuss and talk about anything. We support each other but also play devil’s advocate on each other’s deals. Our differences and our strengths and the perspectives we all bring allow us all to think in different ways. I got to join Alma Angels and IFG.VC angel syndicate, which has meant I’ve become surrounded by angels from so many different backgrounds and I can learn by just observing what people chat about and jumping on deals with other angels, which allows me to see how others navigate this space.

In October, I had switched to working compressed hours in my day job, which meant that Fridays were my dedicated days in which I can do Angel and Muslamic Makers things. When it was first announced, there was a lot of noise and I was being contacted on every platform. Filtering through the noise was hard. At the start, I wasn’t quite sure what my thesis was. I had an inkling but I wanted to be super open just to see what would come my way but my community builder personality type meant I wanted to be super helpful. I took meetings with founders even if I was not that sure of the business because I was curious and wanted to learn more and see how I could help. I’m grateful for those chats as each meeting taught me what I liked and what I didn’t like and I started to trust my gut more.

Having a look at my calendly and my emails:

So my current model of operating isn’t sustainable with my day job and Muslamic Makers but it was needed for me to figure out what I’m really interested in and what I’m not. If I look at the diversity of my deal flow it’s been a mix but I naturally took most my meetings with overlooked founders because that’s who I want to back and now it’s all about being conviction driven.

From the above, I’ve been on the cusp of making my first investment and wrote a memo paper recently which was such a useful and enjoyable exercise. I’m in touch with a handful of other founders who I’m building a relationship with and seeing how they progress.

I now have a better understanding and process in place. Please don’t message me pitch decks over LinkedIn, it’s noisy over there!  I’ve even set up an alias email address so things get tagged properly.  If you fit the above and taking the summary example from Angel’s blog, drop me an email on startups@arfahfarooq.com with the following:

I look forward to hearing from you.

Want useful ideas, fresh writing and interesting links with healthy dose of optimism thrown in? Join my monthly newsletter and get my free 5c’s Community framework!

“I love Arfah’s newsletter. some great tips in there and somethings I’ve never thought about. I’m so happy she’s sharing her insight with the world. It’s worth subscribing!” – Naseerah